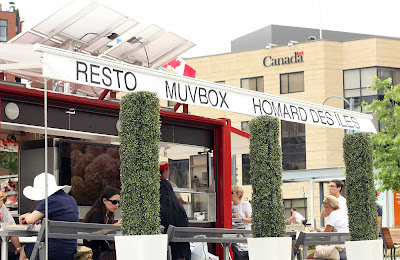 I'm not a huge lobster fan, but I have a weakness when lobster is mixed up with a little butter, a little mayonnaise, some salt and pepper and put on a toasted hot dog bun, otherwise known as the lobster roll.

The only problem is that most places away from the ocean believe in death by mayonnaise, which makes me crazy. You can't taste the lobster at all. And isn't that the whole point of a lobster roll? 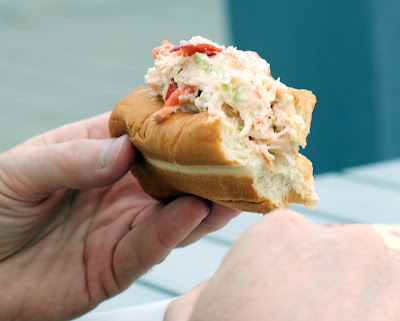 Then last summer we found, quite by accident, MuvBox. It's a shipping container that becomes home to one of the best lobster roll take out places I have found this side of New England for the months of May - Sept. 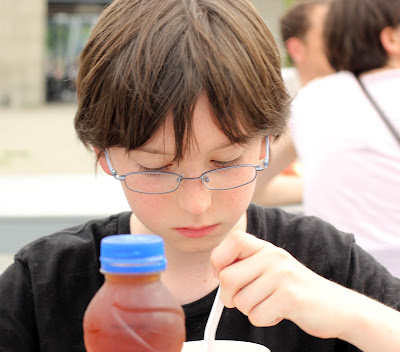 The perfectly toasted hot dog bun loaded with tons of lobster that is light on mayo and has just enough butter. And all for the grand price of $10.95 (it went up a $1 this summer). Match it with their not too shabby clam chowder made with chop clams and bacon and it's a great meal. It's just missing the chilled bottle of Chardonnay.
Posted by Unknown at Monday, July 16, 2012